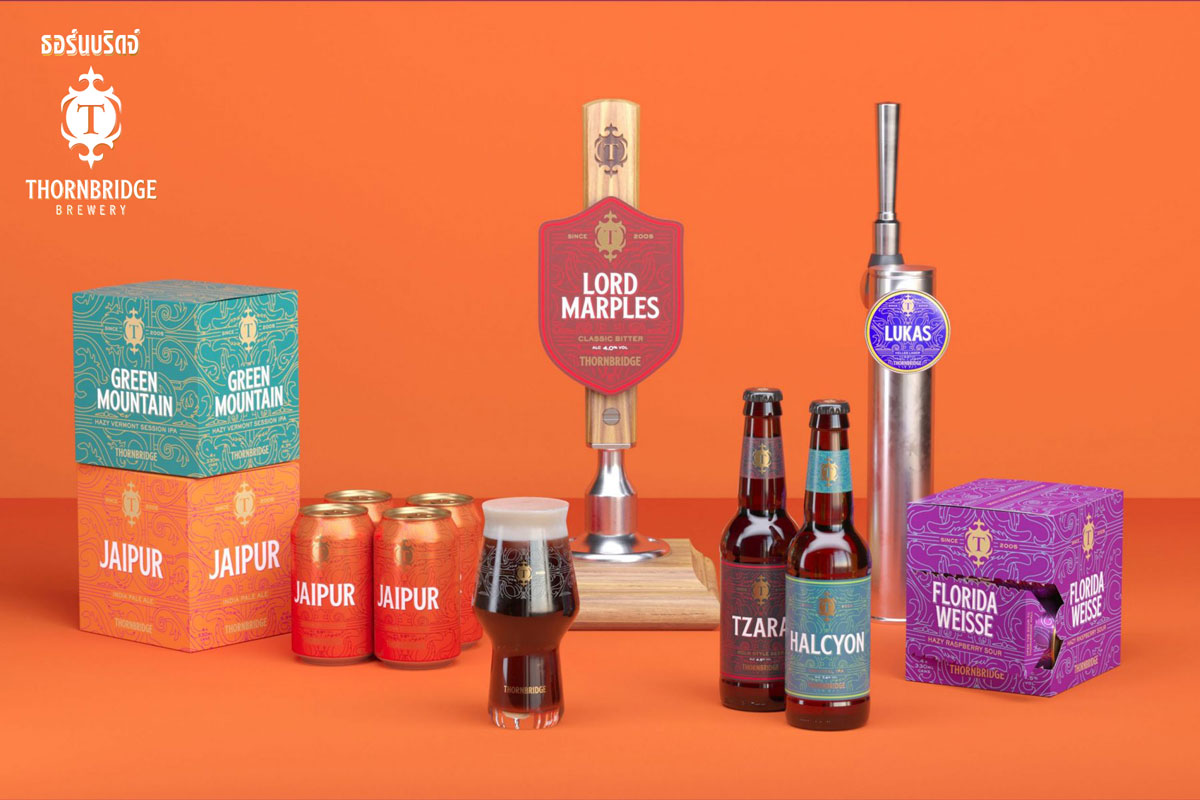 Thornbridge first craft beer from UK is now in Thailand

Thornbridge branded beers were first brewed in early 2005 after the establishment of a second hand 10-barrel brewing kit and two young brewers recruited by founders Jim Harrison and Simon Webster in the grounds of Thornbridge Hall. The initial focus was on a range of cask beers that used traditional recipes but provided a modern twist through the use of a wide range of hops, malts and the innovation and passion of the brewing team. Thornbridge, has been described by leading beer writer Adrian Tierney-Jones as “arguably the first British Craft Brewery”.After winning a succession over 350 national and international awards a new, state of the art, brewery and bottling line was opened at Bakewell in September 2009 to meet with demand and increase range of beers. Thornbridge beer began to appear nationwide and export trade develops; initially to Italy but now over 35 countries worldwide including Thailand since 2017. The increase in trade both at home and abroad has led to 3 expansions between 2009 and today. Consistently pushing boundaries whilst respecting the important traditions of ‘crafting’ beer helps creating an award winning range of beers loved by customers all over the world. 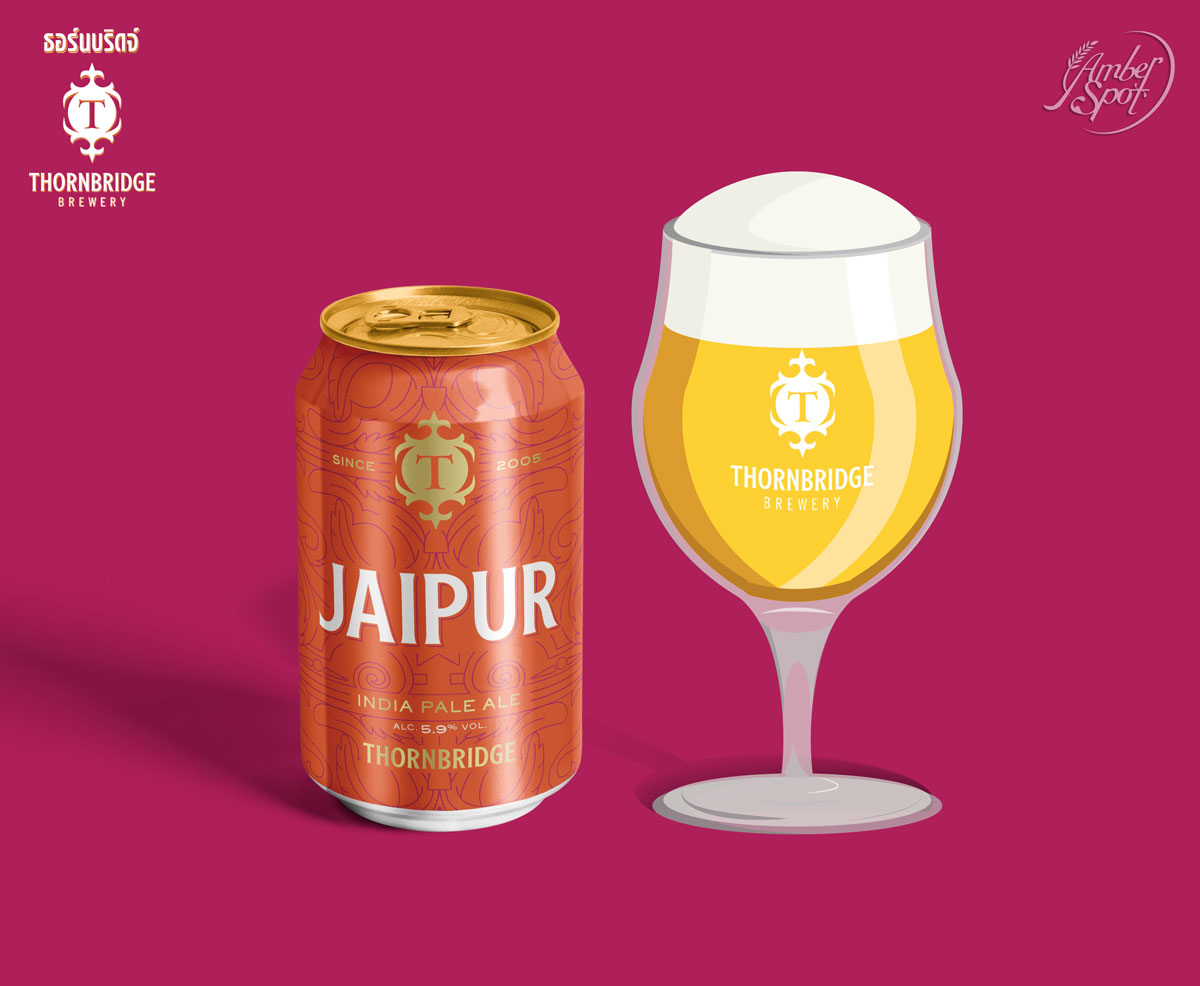 With over 100 worldwide awards, this American style IPA has a complexity of flavours created by a six-dimensional hop experience. Jaipur’s hoppiness builds in the mouth and bursts with powerful citrus fruit flavours, culminating in a remarkably smooth finish and making it a deliciously drinkable IPA. 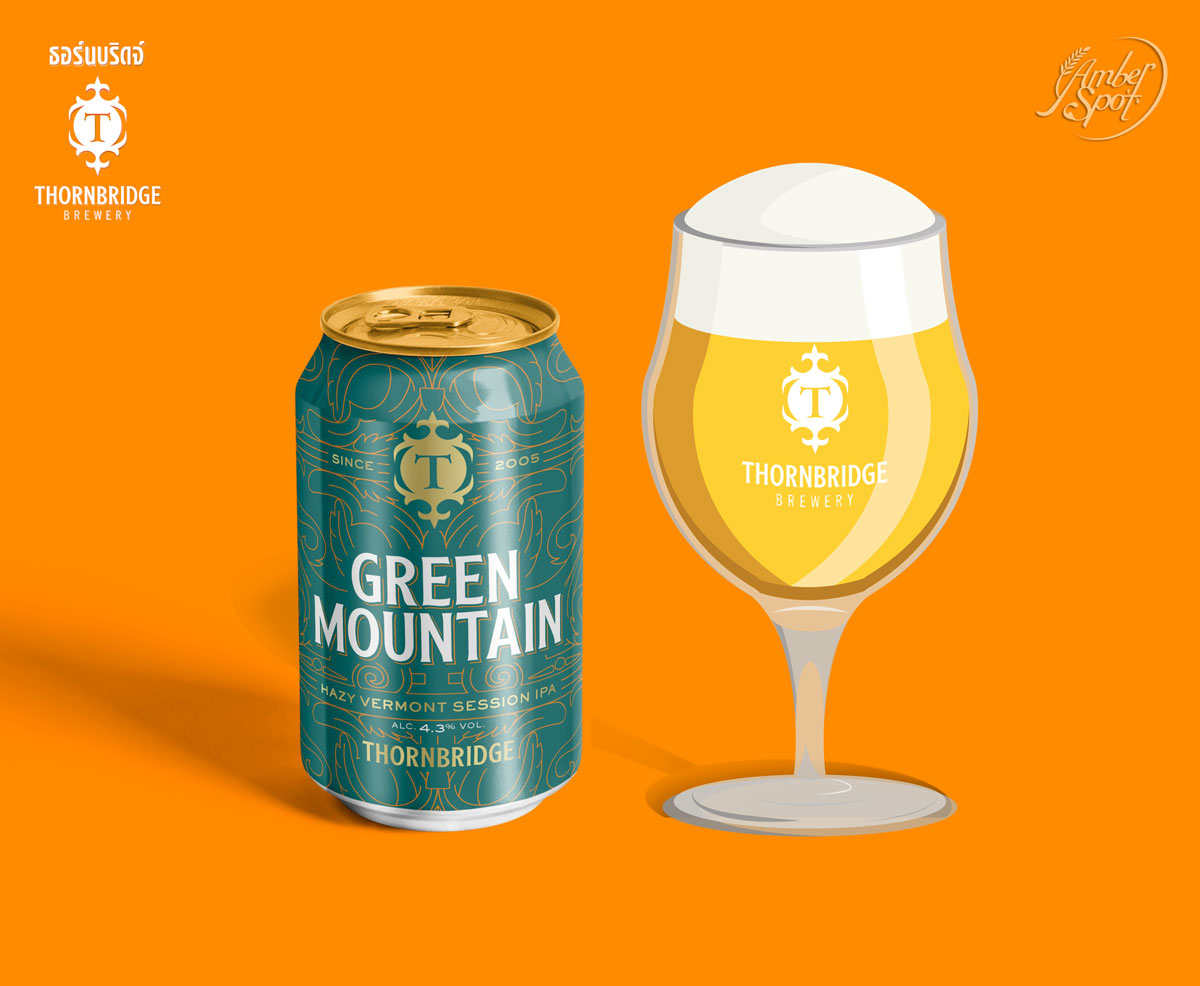 Green Mountain is New England Session IPA which is generously dry hopped with Galaxy, Mosaic, Citra and Amarillo hops, creating a hugely aromatic and juicy fruit bomb. It drinks beautifully, with just a light bitterness to keep it perfectly balanced. This product is vegan friendly. 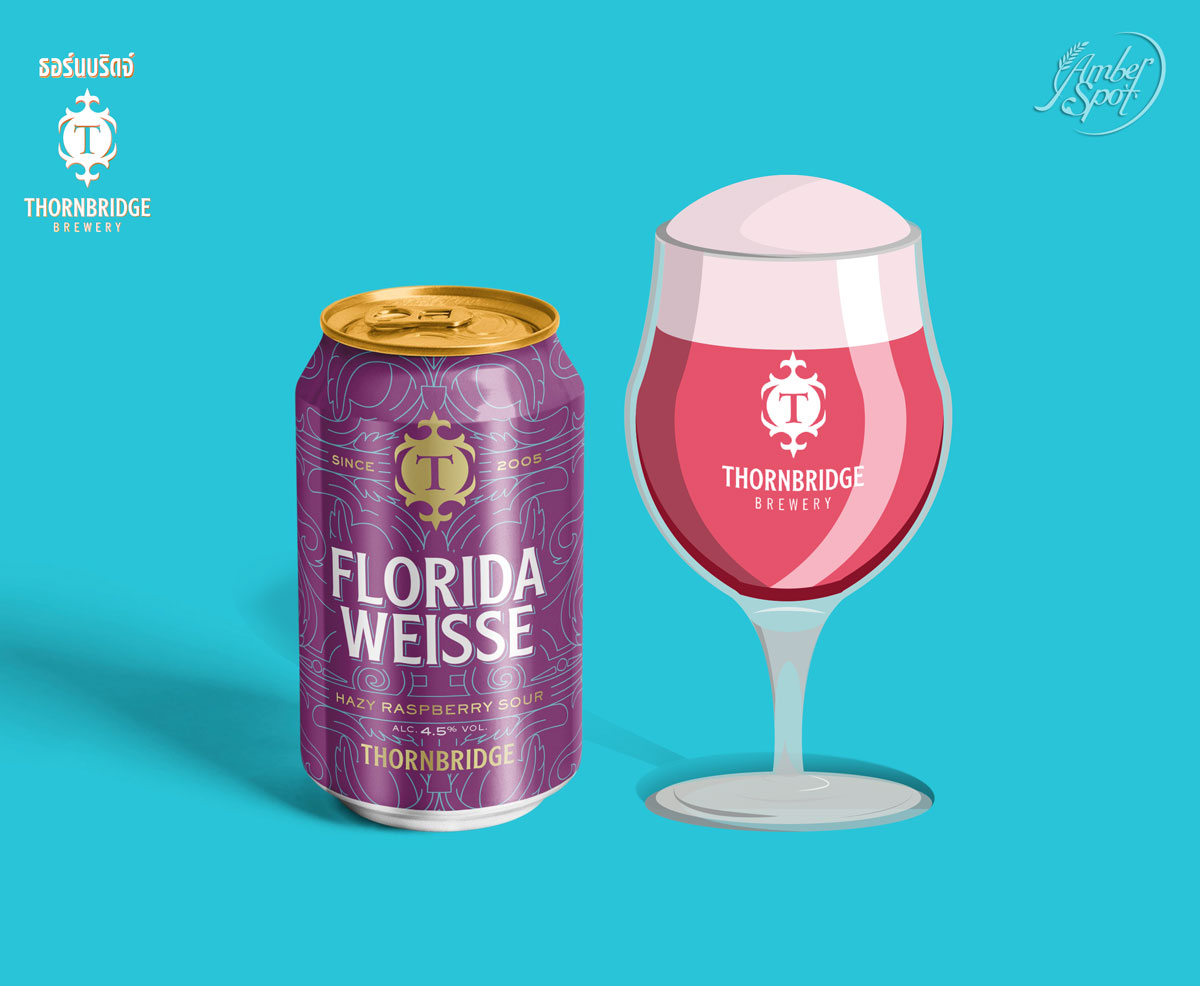 Florida Weisse is a hazy and refreshing fruit sour that is bracingly tart. It pours with a pinkish hue and is absolutely brimming with the flavour of fresh raspberries. This product is vegan friendly. 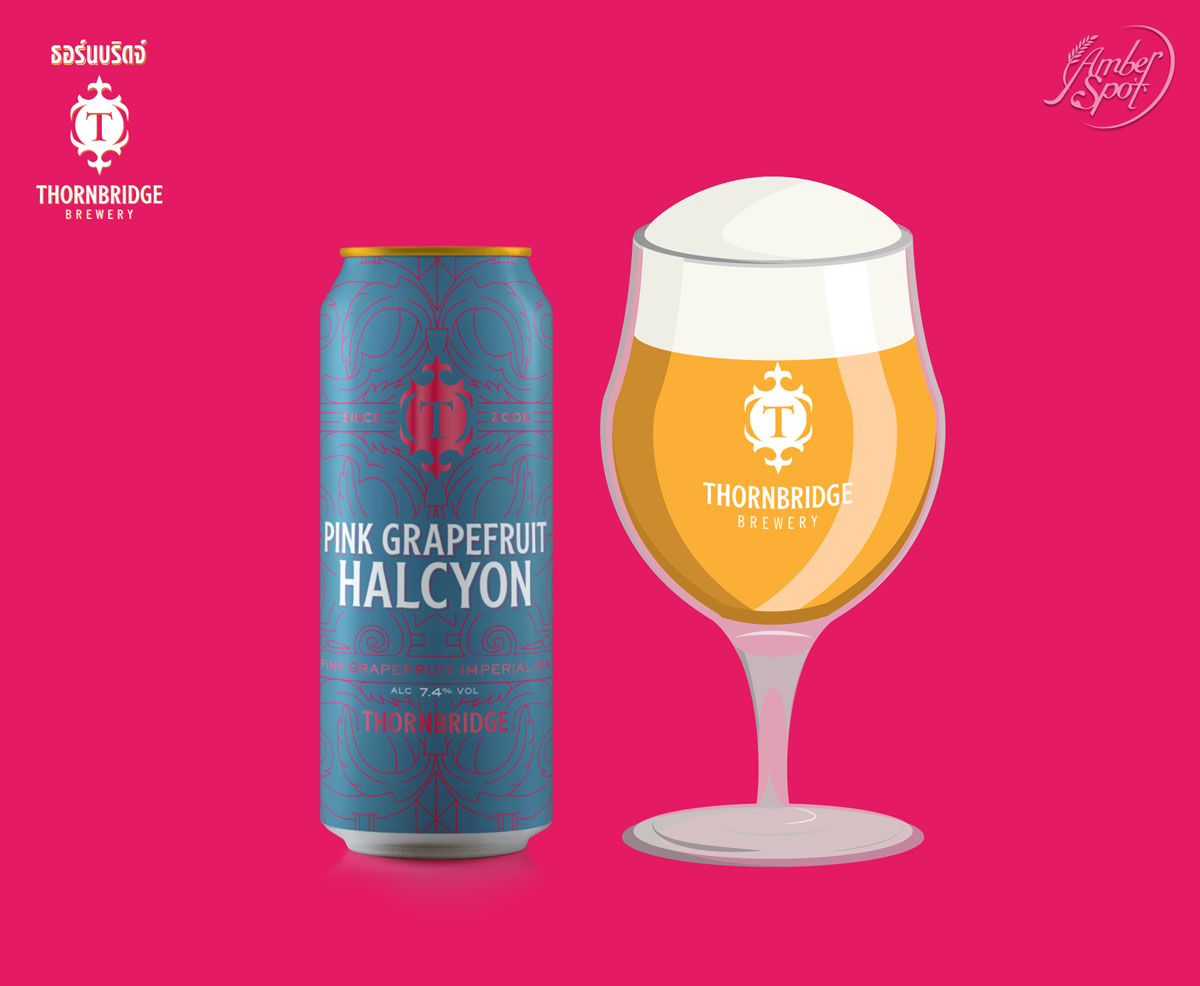 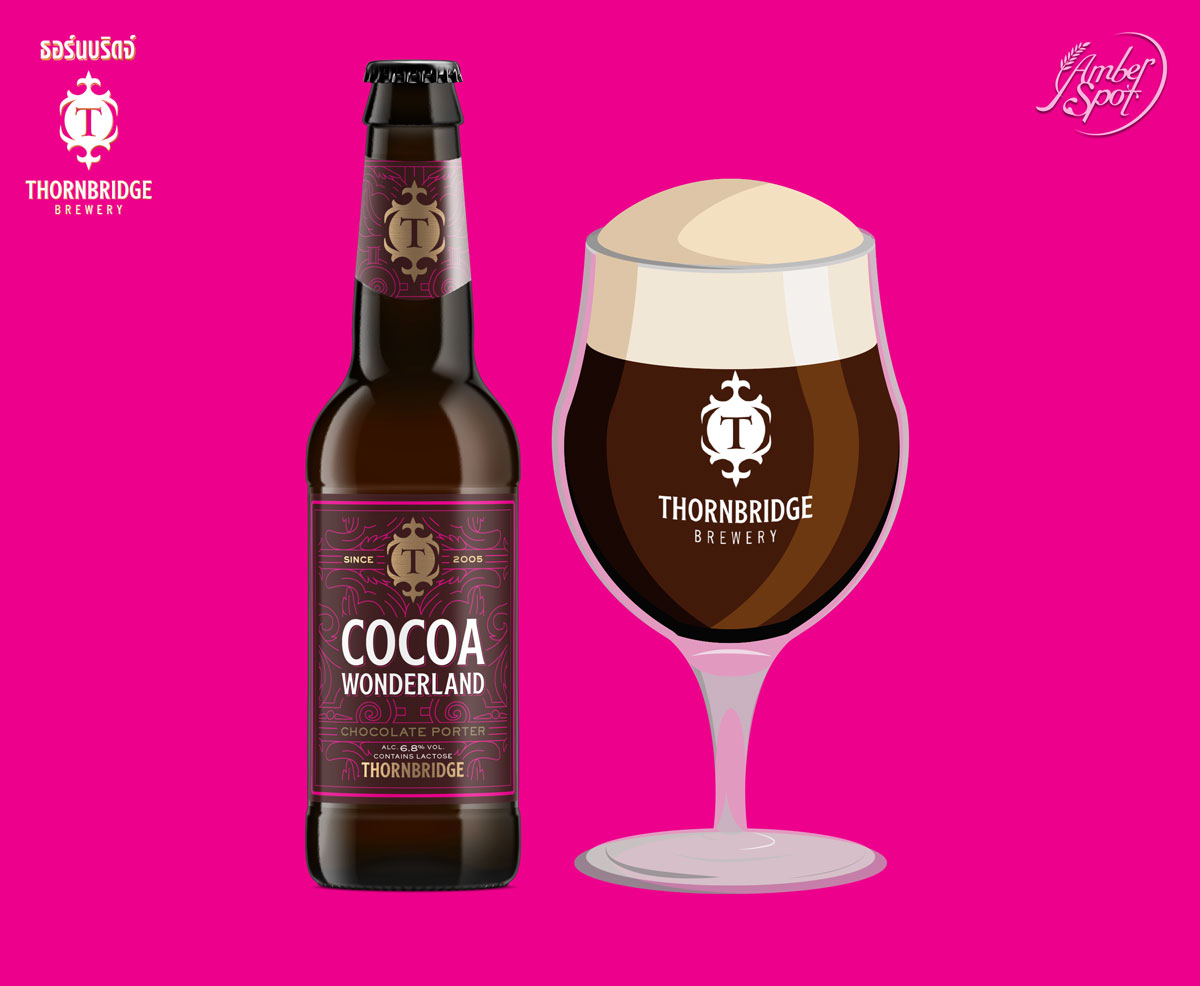 Cocoa Wonderland is a full bodied, robust porter with natural mocha malt flavours from the complex malt grist, complementing the decadent additions of real chocolate to the maturation process. 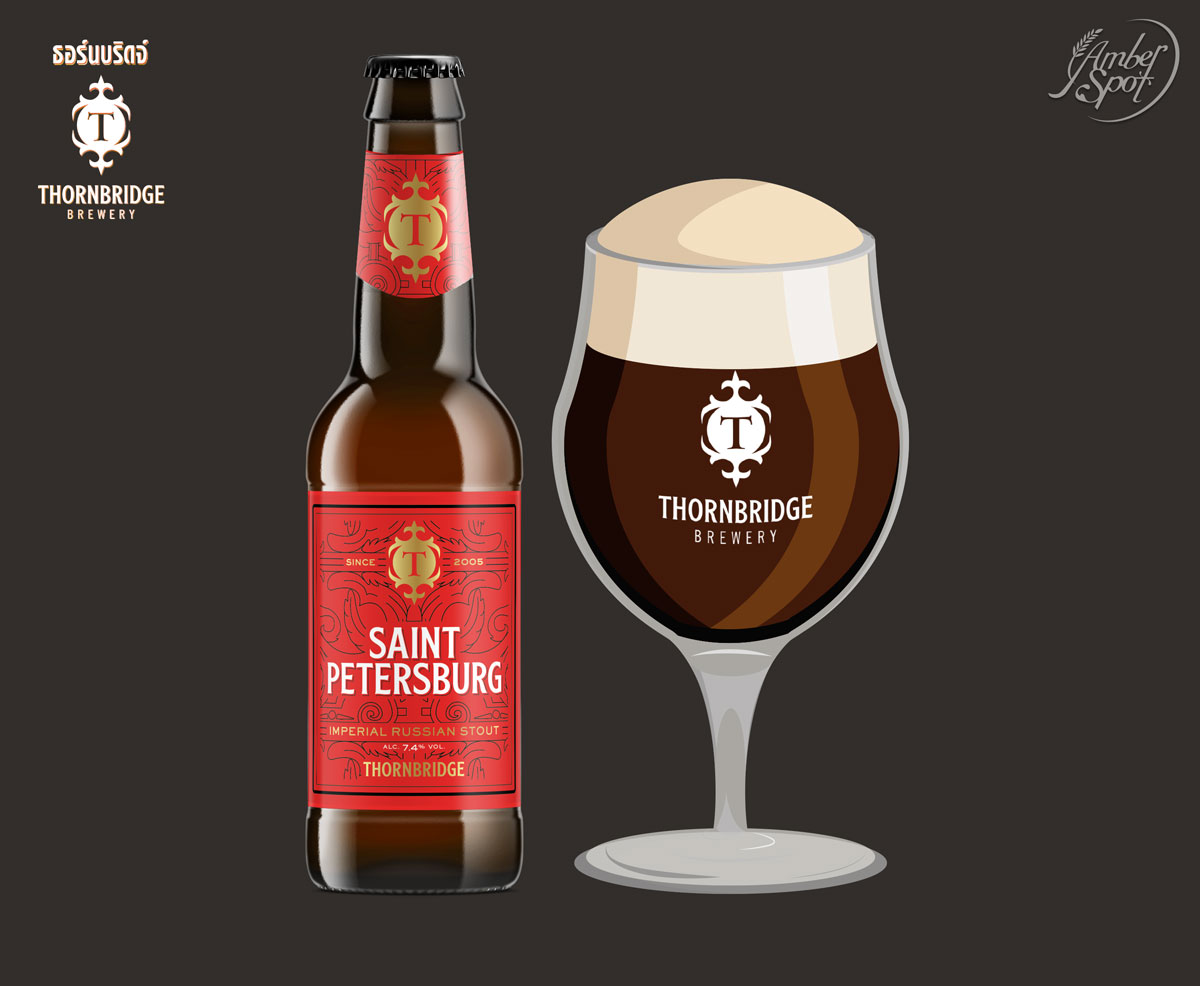 Our Saint Petersburg is a fabulous, warming and full-bodied Russian Imperial stout with a subtle smokiness and chocolate malt flavours. 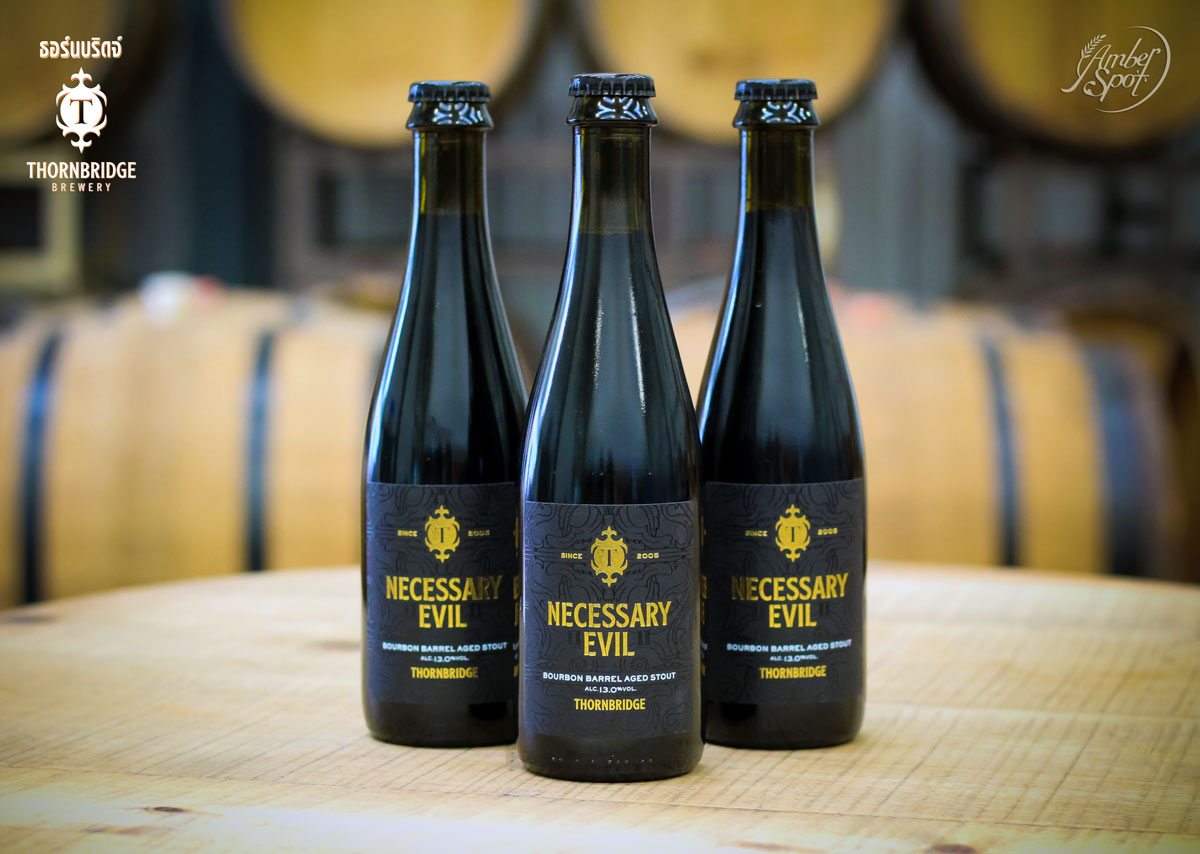 Necessary Evil is a lovingly crafted imperial stout, aged for 8 months in bourbon barrels. Aromas of sweet bourbon, vanilla and oak from the ageing process combine with rich chocolate, roasted malts and caramel from the base beer. Soft and silky, Necessary Evil has layers of complexity and flavour unlike any other.

THORNBRIDGE Love Among the Ruins

A sour red ale aged in burgundy barrels with cherries, Love Among The Ruins boasts rich fruit aromas and flavours with a sharp sourness which subsides for a well rounded sweetness.